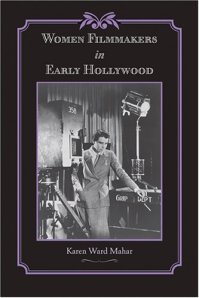 Documentary: Women Behind the Camera
This made-by-women-for-women documentary, based upon Krasilovsky’s book of the same name, connects globally, exploring the lives of camerawomen internationally.

Guest Speaker: Dr. Karen Mahar, Siena College
Author of Women Filmmakers in Early Hollywood, a book that explores when, how, and why women were accepted as filmmakers in the 1910s and why, by the 1920s, those opportunities had disappeared.

Guest speakers: Pat Sinatra, Emma Griffiths, Jen Carmine, Phil Padwe
Pat, Emma and Jen are all veteran women working as artists in the tattoo industry and Phil is an author of a children’s book series about tattoo acceptance. These guest speakers will discuss the ways in which the tattoo industry has been represented in documentary film, with particular focus on the differences between representation and reality.

Documentary: Scarlet Road
Impassioned about freedom of sexual expression, Australian sex worker Rachel Wotton has become highly specialized in working with clients with disability. To bring greater understanding of her work she has helped set up ‘Touching Base’ and has travelled overseas to present at conferences around the world.

Guest speaker: filmmaker Dr. Silvia Mejia, St. Rose College
Focusing on three different narrations of migration from Ecuador to the United States, Spain and Italy, this documentary video explores how new technologies such as the Internet, satellite communications, email, videoconferences, and cell phones have changed the experience of displacement.

Panel Speakers: Drs. Laurie Naranch, Aaron Pacitti, Mark Jury, & Mathew Johnson, Siena College
Over the last decade, student loans have grown at an exponential rate, impacting large amounts of people financially. This Siena College liberal arts panel will explore the structural causes and consequences of this next financial crisis. Video clips from those suffering under student loans will be shown from the documentary-in-process Facing Student Loans: Sentenced to Debt. Tell your stories or get your questions answered during the Q&A. Join us at 6pm for a reception.

Guest speaker: Jules Rosskam, Hampshire College
Trans filmmaker Jules Rosskam’s against a trans narrative is a provocative and personal  experimental documentary investigating dominant constructions of trans-masculine identity,  gender, and the nature of community. By sensitively framing the film through his own personal journey within the trans-masculine  community, Rosskam creates an electric and original investigation into gender politics and  social self-identity.
Co-sponsors: Diversity Action Committee, Women’s Studies Program, & the Sociology Department

Sustaining this Place
“Sustainability” is a popular concept, but what does it look like in practice?  From Mount Marcy to Manhattan–all along the length of the Hudson River region–sustainability entrepreneurs are pursuing new approaches to farming, creating community, greening business, land preservation, and more.  Along the way, they are re-envisioning–socially constructing–the Hudson region’s landscape as a sustainability incubator.  Rik Scarce will share a rough cut of Sustaining this Place and will discuss documentary making from a sociological perspective.

Carnivalesque Films produces stories united by the raw and startling sensibilities of transgression, spectacle, and variations of fiction and nonfiction. Carnivalesque Films acknowledges these dreams and desires from the character’s point of view. They have screened at Sundance, SXSW, Toronto, Tribeca, Hot Docs, Human Rights Watch, IDFA, CPH: DOX, Rome, and the Museum of Modern Art.